We wish you all a Merry Christmas!

“Remember me? I’m a human angel that by mistake was a horse for 20 years. I’m here now and is helping the team sometimes. I’m happy to be a human angel again!
I just want to wish you a beautiful Christmas!” / The horse on the picture/the human angel”

– Hello, I’m the tiger from the picture. The angels told me I was a planet before I became a tiger, that’s fun, I think. I’m here too and is helping sometimes. I too want to wish you all a Merry Christmas!

The meeting centers have open even on Christmas! Everyone is welcome!

The whole world is so welcome, Africa too!

What: Firemans and several other people are there and are raising up their hands for you aliens!

The whole world is welcome! Not only Asia!

What: Several people are there and are raising up there hands for you aliens!

It’s just behind the fence…

Ongoing!
The whole world is welcome!

Ongoing! They run 24 hours!
The whole world is welcome!

It’s just behind the hills!

The white moose/The human-angel wants to thank us and is saying ” I’m so glad you are checking up on me and remember me. Its been a terrible mistake everything, me beeing a moose and a horse-angel, I’m still laughs about it.
Now I remenber the most of it, and is catching up with my friends, Lahealila is one of my earlier friends too. Love you all.”
The white moose/The human-angel has spoken!

“Me having a bath! It was fun!” says the white moose/the human-angel

This is what he looked like when he was a horse-angel in heaven…nearly a look alike picture.

It’s summer in Stockholm,today it’s 26 degrees and lovely sunny, only a little cloudy.

Oh, its been so much lately, if it wasn’t spaceships close to crash on my building it were several angels we saved from beeing locked in a cloud on a wooden raft, kidnapped by aliens, of course I saw the clouds from my balcony. And while I’m writing, a son killed his alien mother from her incarnation, she was a slaughterer. All happened of course above my bedroom, where else.

Or maybe I tell you about the 3 stars/suns north/east of the Artic Circle which suddenly come closer and closer, when I was looking at them from my balcony last night. Suddenly I saw 3 big columns coming from the stars, it were 7000 star-angels which recongnized me and sky-army from our earlier existence.
We are more than glad they come, they have now parked their stars closer to our galaxy so they can help our galaxy, we are nearly crying couse they are such a big help. They come with peace.
We contacted medially Nasa so they don’t need to wonder about the stars new position.

Maybe you remeber this horse from a writing I did some months ago. I wrote “I come with peace” under the picture and cryed a little. Then we felt that very many people cryed when they saw the photo with that text line.
The horse use to visit us astral, he was living on a farm in north Sweden.
When the horse was visiting us for a while ago, one of my stuffed animals, a boxer dog, said: The horse is a humans angel, the aliens took away his memory and gave him a horse initiating.
The horse, the angel is so happy for beeing released. He’s now a human angel again and are glad for beeing a big help for us now.
My stuffed animals/toy animals are alive and are helping us a lot. The horse,the angel are loving especially the boxer dog and have giving him a part of his heart, and me/Lahealila too for finding the picture.

The whole world is so welcome!

What: Several people, now even several firemans, are there and are raising up there hands for you aliens!

Millions all over the world have joined this!

Our God – Chris Tomlin, live Los Angeles, a magic concert
I shoosed some text lines from the song.
Into the darkness You shine (God)
Out of the ashes we rise

Have a really nice weekend!

We wish you all a Happy New Year

It happened much lately…..

A white incarnate horse, I met before, came astral to me about 14.00 Swedish time Sunday, he wanted to help cause he felt it soon could be dangerous. After a while saw the horse 4 helicopters with alien crew, taking off from Colorado Springs/USA, heading Stockholm, with visible nuclear bombs,3-4 kilo, under the helicopters. And one missile,10 kilo, in one of the helicopters.

20 aliens were in the crew, belonging to the quite known organisation M.P.

The white horse, angels, sky-army, team, 4000 sea-souls by Lushan/China, 7000 mountain-souls by Neist Point/United Kingdom have now stopped the helicopters. The helicopters didn’t come so far, they were taken already above USA. The whole team have been working very effectively, they are so grate! Thank you all so vey much!

I will tell you, the white horse killed 4 aliens, in one helicopter above USA, just by looking one second into their eyes, thank you so much my hero! My incarnate rabbit Tussilago learned this by watching me and my rabbit showed the horse how to do it the right way. Tussilago is a real killer, his record is 17 dead aliens in 18 minutes. You should see him when he has a show! Thank you so much my hero Tussilago!

This time the helicopters were photographed by 15 people and seen by 27 people. 14 people have sent photos of the helicopters with visible nuclear bombs to 7 different newsrooms in USA, Canada, Paris/France, Malta, Brazil, London/United Kingdom, Denmark,

Right now are 2 helicopters standing on my building/Stockholm, the crew are aliens belonging to the organization M.P. Totally 4 helicopters took off from Colorado Springs/USA earlier tonight, the crew were totally 16 aliens from M.P. The whole team are working with this right now…..

The helicopters were photographed by 40 people and seen by 200 people with visible nuclear bombs under the helicopters. 38 people have sent photos of the helicopters to 8 different newsrooms in USA, London/United Kingdom, Canada, Paris/France, Denmark, Switzerland, Brazil, New Zealand.

You can help with prayers. Thank you all so very much for your prayers, about 180 troublesome,dangerous aliens have died, since last I wrote, because of your prayers.

Yesterday I said to my team/skyhorse, we must check if there are any animals stolen from our galaxy to other galaxies.
After a few seconds we saw a zeppelin on one of andromeda galaxy´s planets, the one further away, on board was a single bird who told us that aliens recently had stolen him and 38 more birds/Stockholm/Sweden, and 4 horses/Texas,USA + one bird/Texas.

Team filled the zeppelin with a few stolen birds and the stolen horses, they stood near eating grass, and rulede the zeppelin to milkyway again,and to Stockholm with birds,and to Texas with horses.
The animals are so grateful to be home again!

Now 2 from team are at andromeda collecting all stolen birds home to milkyway,they are doing a fantastic job!

The aliens stole many birds here by the lake,Söderbysjön in Stockholm,near where I live.

We still have problems with a huge number of aliens ………

Please pray for security for everyone on earth and against lightning, air raid. Protection for all animals on earth and in heaven, and also for buildings.

they are from Sweden

Some of our highest are in danger and also the sky-police forces which are working.

Black-clad executioners from andromeda-galaxy have cross the border to our galaxy milkyway and are threatens our highest incarnate.

If you wont to help, please pray much, thank you, it will help. 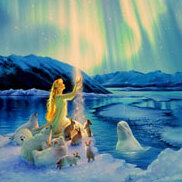 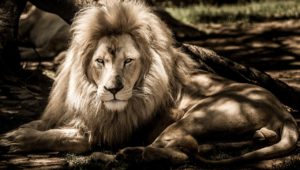